James Comey, former Director of the FBI, a Big Sissy 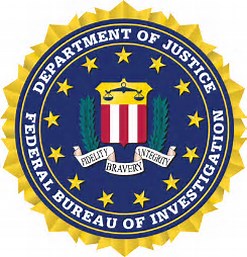 “Everybody’s talking at me / I don’t hear a word they’re saying / Only the echoes of my mind."

Because I was once in the FBI, I'd estimate that I am about ten percent more interested than the average citizen in recent events involving James Comey.

So, what do I think…

I didn’t like how Comey was fired by Trump – just was handled very poorly.  On the other hand, it was undeniably justified.  I’m not going to rehash my opinion on that.  See hyperlink below.

And now, all of Comey’s interviews, his book tour, his rationalizations as to whether or not a ‘leak’ is actually a ‘leak?’  And, how suddenly his ‘leak’ to the New York Times (through a friend) has evolved into nothing more than an entry in his (Comey’s) personal diary? Say what?  Obscure, convoluted don’t you think?  I do.  Believable?  I don’t think so.

I never worked for James Comey.  But, through the grapevine, he was reportedly well liked in the Bureau.

And now, what do they (former and current Agents) think of him?  It is damage control - as far as I can tell.

Quite frankly, the more he talks, the more he rationalizes, the more he just sounds and acts like a big sissy, a cry baby.  Plain talk here. This will be his legacy.  We’ll see if he actually ends up going to jail.  I hope not.  Why?  Well, in part, he’s a big sissy.  As you know, that'd be tough.