My son, a retired military officer, asked if I had read a ‘small’ book by Elbert Hubbard called “A Message to Garcia.”  He loaned me a copy (originally published in 1899) and stated that said book had been reprinted more times than any other book – with the possible exception of the Bible.

Well, that intrigued me because to the best of my recollection I had not only never read it, but also had not heard of it.  The book is about Lieutenant Andrew Rowan (1857 – 1943) and a dangerous mission he was given by President William McKinley (during the Spanish American War) to deliver a critical message to General Calixto Garcia, a leader of the guerilla fighters in Cuba that were friendly to the United States.

I did some research; and it is true that the book has been reprinted tens-of-thousands of times, perhaps millions.  The account of Lieutenant Rowan’s military accomplishment in the book was somewhat less than accurate, but his efforts reportedly were courageous nonetheless.  Such is the genesis of legend.

I read the book three times to insure that I understood the book's meaning, its ‘message.’  That didn’t take long.  As noted above, it was a small book.

The copy loaned to me had a section titled “Publisher’s Note,” and another section titled “Apologia” which was written by Hubbard and in which he explained how he came to write “A Message to Garcia.”  Both sections were important from a contextual perspective.

The actual physical ‘message’ or communique delivered by Rowan, if known, is not particularly relative.  The manner in which Rowan delivered the ‘message’ was the story.  However, if you’re looking for a detailed account of how Lieutenant Rowan surreptitiously entered Cuba, how he navigated the rugged Cuban mountains, evaded capture by the enemy and ultimately located General Garcia, you will be disappointed.

The book is, to sum up, about ‘grit’ or in other words, strength of character.  The story reflects the stoic manner in which Lieutenant Rowan accepted the dangerous mission, reportedly without reservations or question.

And then, Hubbard goes on to expand the theme for the potential benefit of each us – whether our superiors / employers are in the military or industry - or the neighborhood grocery.

"I know one man of really brilliant parts who has not the ability to manage a business of his own, and yet is absolutely worthless to anyone else, because he carries with him constantly the insane suspicion that his employer is oppressing him or intending to oppress him.  He cannot give orders, and will not receive them.  Should a message be given him to take to Garcia, his answer would probably be, Take it yourself!"

The Motion Picture ‘THE POST’ starring Tom Hanks and Meryl Streep. I don’t plan to see it. My thoughts. 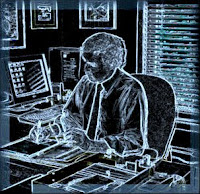 There seems to be a lot of generated buzz about the new motion picture, ‘The Post.’  I do like Tom Hanks in almost anything he does, but I just don’t think so – not this time.  I’ll save my nine or ten bucks.

The movie is about, what has come to be called, the Pentagon Papers.  This story was exploding about the time I was becoming a new FBI Agent – 1971.  I had just left military service.

Even the premise for the movie, whether or not the New York Post should publish top secret classified documents misappropriated (stolen) by Daniel Ellsberg (a Vietnam anti-war activist) in their newspaper, is less than factual.  The story regarding the Pentagon Papers was originally published in the New York Times and the New York Times received a Pulitzer Prize for their journalistic efforts.

What were the Pentagon Papers about?  In summary, it documented how the U.S. government, under various Presidents (Kennedy, Johnson and Nixon) lied to the American people about motives for the war, military conditions relevant to the war to include personnel losses and mission miscalculations.

Is this a movie review?  No.  That would require me seeing the movie.

I just want to say that said movie is apparently one more creative effort to make a considerable profit; as well as to minimize (perhaps unintentionally), the sacrifices made by our military.

If you watched Ken Burns’ ‘Vietnam’ on PBS, you’ve pretty much heard the whole story.  Yes, many in the military died in vain.  Yes, the government lied to all of us; and many American soldiers, as well as innumerable Vietnamese; died needlessly.  But this does not in any way diminish the courage, sacrifice, honor and bravery of our military personnel who were killed or suffered grievous injuries.  Let’s all remember that.  Does the motion picture community still have to make more money off of this?

Moreover, I don’t particularly want to have to hear how courageous the management at the Washington Post were back then - as depicted by Hanks and Streep.  For ‘gosh sakes,’ the story had already been in the New York Times.

Cliff Hanger:  Will the Post be sued?  Will they have to go to jail?  Nope.  Now you know the ending.  The movie is simply contrived nonsense.