Cinthya Garcia-Cisneros, age 19, Convicted for Hit and Run / My Thoughts

For those of us who live in the Portland Metro area, the story is familiar.  At approximately 8:00PM, last October, two young girls were playing in a pile of leaves at the side of a street.  ‘Leaf pick-up’ was to be the following morning.  Cinthya Garcia-Cisneros, 18 years of age at the time, on a lark, drove through the pile of leaves on her way home.  Anna Dieter-Eckerdt, age 6, was pronounced dead at the scene.  Her stepsister, Abigail Robinson, died later at a local hospital.  It was a tragedy.

Cinthya knew she had hit something, perhaps a rock she thought or hoped; but continued to her residence.  She undoubtedly suspected something untoward.  Her younger brother rode his bike back to the scene, saw that the two young girls were severely injured, and then rode home to inform his sister, Cinthya.

Cinthya and her boyfriend (who had also been in the car) did not return to the accident scene and report their possible involvement.  And, in fact, they made some efforts to conceal their responsibility including running their car through a car wash.  Cinthya was later identified by law enforcement and arrested.  She has now been convicted on two counts of ‘felony hit and run’ and as an illegal immigrant (brought to the US by her parents at age 4) is facing possible deportation.

The reason this case struck home with me, as I’m sure it has with many others, was due to my recollection of my own youth.  At 17 or 18, I did some really stupid things, often more dangerous and ill-conceived than driving through a pile of leaves along a street.  But, I was lucky.  Generally speaking, no one was seriously hurt by my actions, including me.  Nonetheless, I asked myself:  What would you do if you had encountered the same circumstances faced by Cinthya?

First off, driving through the pile of leaves, I could see me doing the very same thing, at 18, especially if trying to impress a girlfriend.  However, when I was made aware of the injuries, the similarities tend to evaporate at that point.  I would have talked to my parents, and they, I’m sure, would have told me to return to the scene, or taken me to the scene, and had me face the consequences.  If they were not available, I honestly believe I would have returned on my own.  But, I must admit, I was not facing the insecurities and trepidation of being an ‘illegal’ in the country.

I can recall an incident when I was about 7 or 8.  We lived in a somewhat dilapidated rented house in the middle of an orchard.  I had no friends nearby.  Down the drive, about 50 yards, there was a two-lane paved highway.  It seemed like a good idea to a very bored young boy; but I was ‘skipping’ rocks in front of cars – as I hid on the edge of the orchard.  One rock was a little too close to a speeding car.  It bounced up and cracked the windshield.  The car slammed on his brakes.  I ran as fast as I could back to the house, told my mother briefly I had done something terribly wrong and hid in the clothes hamper in my parents’ bedroom.  The driver came to the door, told my mother what happened, and advised that a young boy ran in the direction of our house.

Mom looked at the car.  She then, to my deep gratitude at the time, lied for me.  She said that young kids often played in the orchard and that no young boy lived at their house.  The driver left angry, but apparently did not call the sheriff’s office – as he should have probably done.  No one was injured, but it could have been so much worse.  I got a good scolding.

Did my mother do the right thing?  Probably not.  Did she later doubt herself?  My guess is yes.  She was angry, but never, to my knowledge, said anything to my dad.  Was she, also, frightened by the confrontation involving an irate man?  I believed at the time that she was.  Being a somewhat normal young boy, I did not learn the negative lesson that lying is the way to deal with bad circumstances.  I did learn a lesson that actions often have consequences and that I was responsible for my actions.  I felt guilty that my mother had to lie on my behalf.  More importantly, to my young mind, I hated the idea that she had been frightened over something that I had done.  I never put her in that position again.

Cinthya’s actions were naïve and stupid.  There was no possibility that she would remain undiscovered.  After all, she lived in the neighborhood.  It was an accident no doubt.  All she needed to do was return to the scene.  Consequences there would be, but not criminal charges.

However, the question remains:  Why were two young girls playing in a pile of leaves, along a street, after dark? 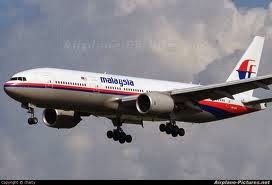 A friend referred me to the following article regarding the missing 777.  I thought the article was very interesting and plausible - at least from my perspective.  The article, written by an experienced pilot, suggests a fire on board the flight.

The author of the article describes how a fire might occur, and the probable actions of the crew to save the aircraft.

We are all fascinated by the mystery surrounding the missing Malaysia Air Flight 370.  I know that I am.

I admit that I know little or nothing about the Boeing 777’s capabilities and security measures.  Furthermore, there have been so many theories and reports, so many contradictions, that even the ultimate experts seem baffled.  Pilot suicide just doesn’t make sense from so many aspects.  Why would the pilot fly for hours contemplating what he planned to do?  Ordinary terrorist attack:  why would they not take responsibility?  Mechanical failure:  based on what we know, that doesn’t seem feasible.

Barring an alien abduction (and I’m sure that some individuals will be presenting that possibility before long), I think, nonetheless, we can say with some certainty that a crime has been committed.  Just what crime, we do not know and may not know for a considerable period of time.

Even if it is determined that the pilots or passenger/s were not directly responsible, there still could be an explanation that too would be criminal.  I will give you an example.  What about the airplane’s cargo?  No one seems to have been talking about that.  Some sort of incapacitating gas could have accidentally or by design escaped from the cargo hold and overcome the passengers and crew.  An effort to turn back could have been the crew’s last attempt to save the airplane before they succumbed.

Could the plane have been carrying an illegal cargo of some kind and did the pilots know it?  Or could the gas have been a test, of sorts, to ascertain a new lethal capability for any number of terrorist groups?  And, if such an act was ultimately duplicated, somewhere in the world, would not this virtually destroy, at least for a long time, the airline industry?  If so, would it not be to a group’s perverted advantage to not claim responsibility – at least not now - perhaps never.

The airplane will be found.  I’m certain of that.  If it crashed into the water, there will be debris that floats, and will be discovered.  Currents will be studied and the potential location of the crash greatly focused.

In the meantime, the mystery has the attention of the world.  And the anguish of the passengers' and crew's families will continue. 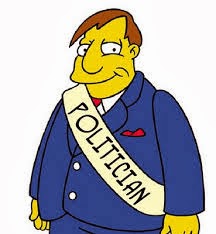 The U.S. Tax Code:  a criminal conspiracy.  It is not as far-fetched as you might first think.  Sure, it is lawful in the sense that it was enacted, in innumerable ways and on countless occasions, by our duly elected government officials.  But…

The Tax Code was designed to fund the U.S. Government, provide for the National defense, and to provide various, defined requirements of the citizenry, not as a personal resource for political reward.  That said, where is the conspiracy?

I just finished doing my taxes for 2013.  Every time I go through this process it makes me angry.  No, I am not a tax expert.  But, I am somewhat expert in recognizing the prima facie elements of a crime.

Are you aware that our Tax Code is currently 72,000 pages long; and that in 2006 it was about 10,000 pages?  Furthermore, no one person, even very highly paid tax attorneys, understand all aspects of the code, the exemptions, tax advantaged entities, the often undefinable initial reasons for the law, as well as any probable unintended consequences for each aspect.  So, why is it so long and complex, and why don’t politicians change it?  That’s simple.

Politicians have used the Code for personal gain.  How so?  Politicians have two major, self-serving goals and those goals are to stay in office and not be required to relinquish the power that they so love and have become accustomed to.  For decades, they have used the Code’s unfathomable complexity to reward principal donors and prominent constituents; as well as to blatantly use their resultant power to buy votes with the taxpayers’ money.  Look around, the elements of criminal conspiracy for personal gain are readily apparent in the actions of many politicians.  It’s not the Democrats or the Republicans.  It is most politicians with a very few exceptions.  And, if you look at any politician who has been able to maintain their position for more than about ten years (Presidents require less time), you are looking at the perpetrator of conspiracies that would under common law, applicable to the common citizen, be prosecutable.  You might even say that you are looking at a criminal.

If this was not true, honest politicians would simplify the tax code so that everyone could understand it.

That is, of course, never going to happen.