Jeremy Joseph Christian murders two men and injures one on a MAX Train in Portland, Oregon.

Much has been written and reported about the Friday murders on a Portland MAX (Metropolitan Area Express) commuter train.  I have some thoughts from a law enforcement perspective.

Let’s be clear, I was not on the train.  I have no firsthand knowledge of how the incident evolved.  As I understand it…

It was a busy commuter train loaded with passengers – about 4:30PM.  Jeremy Christian was causing a disturbance.  He was loud and erratic – screaming abusive language like:  “colored people are ruining the city.”  He then seemed to turn his wrath on two young women, who he perceived to be Muslim.

The citizens who confronted Christian are praised as heroes.  And without doubt, their efforts to neutralize a bad situation were heroic.  However, from a perspective of a former FBI Firearms and police instructor, their actions were perhaps ill-advised.  This is not meant as criticism.  The men showed bravery.  Their intentions were noble.  I will explain my reservations.

The men, probably due to the noise and confined space on the train, approached Christian too closely and attempted to reason with him.  Christian was manic, apparently deranged and possibly under the influence of drugs.  The men’s approach made him feel diminished and ‘trapped.’

Experienced law enforcement officers know that people like Christian are not easily ‘talked down,’ especially when they have an audience.  Police recognize that someone like Christian is extremely dangerous, and they would give themselves space to maneuver – unless a situation demands otherwise.  A uniformed officer probably would have talked to Christian from five to ten feet and encouraged him to step off the train at the next stop so that they could discuss it; being careful that Christian would not perceive the situation as ‘losing face.’  At that point, an arrest could be made without endangering other passengers.

As an FBI Agent, I carried a gun on duty and off duty for several years.  If I had been on the MAX train during this incident, I would not have approached Christian.  As any citizen should, I would have called 911 advised them of the situation, asked the police to meet us at the next stop.

What would Christian have done if I had approached him, showed my FBI credentials, and told him to sit down and be quiet?  Probably, the situation would have gone from bad to worse.  Now, if he had been brandishing a knife and threatening to harm other passengers that would be a very different situation and could have, probably would have, warranted lethal force. 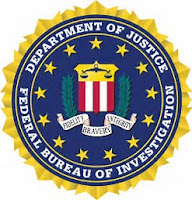 I have some comments regarding the sudden termination of James Comey, FBI Director.  It seemed pretty clear that Director Comey had to go.  I do not, however, agree with the manner in which he was given his walking papers.  Ham-fisted.  You just don’t treat people that way.  But the President just doesn’t seem to get it.

I understand why a President, any President, under the given circumstances, would have ‘fired’ Comey.  The Director seems to have let his ego overwhelm his judgement.  I listened to all of his recent testimony before the Senate Committee; and it made me cringe.  He was loving the limelight, basking in the attention.  It was too obvious.  His statement, in consideration that he might have influenced the Presidential election in some way, had made him “mildly nauseous,” well he made me mildly nauseous.  An FBI Director simply does not talk that way.  My opinion.

Now, I must say that Comey, as I understand it, was fairly well liked in the Bureau.  Generally speaking, most who have worked with him consider him to be a good and decent man – intelligent, personable, and well versed in the law.  But those qualities do not necessarily make a good Director of the FBI.

His inevitable downfall began with his ‘prosecutive opinion’ regarding Hillary Clinton.  At that point, he apparently decided to assert his primacy over the Attorney General’s Office which is, theoretically at least, his superior.  His determination that Hillary Clinton should not be prosecuted – after describing in some detail how she was undoubtedly in violation of Federal Law – was something of a shock to those who have worked in federal law enforcement.  He stated that there was no indication of “intent.’  When the relevant statutes protecting classified information do not, for the most part, require establishing ‘intent.’  Hillary Clinton violated the law – pure and simple.  Comey should have turned that information over to the Department of Justice for them to make the decision as to whether or not they were willing to prosecute, and if not why not.

Summation:  Hillary Clinton was either ‘off the chart’ ignorant of how to handle classified information, or she purposely defied the law – feeling, I suppose, that she was above the mundanity of such laws.  I believe the latter.

After exonerating her, Comey was later trapped attempting to explain to Congress and the American public why the FBI had to reopen the investigation of Hillary, and her errant emails, right before the Presidential election.  The Weiner computer.  Whoops.  Last straw.

And, what was the genesis of all this?  Well, of course, it was the private meeting of the Master Manipulator Bill Clinton and Attorney General Loretta Lynch on the tarmac where, according to Lynch, they discussed grandchildren and golf.  How stupid do they think we are?

Sorry Mr. Comey but you allowed yourself to become collateral damage of that meeting.  It’s best that you move on.