Colin Kaepernick, NIKE (Money, Money), 'Believe in Something. Even if it means sacrificing everything.' … including integrity. 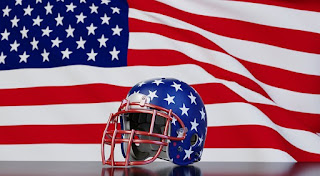 Well, I guess one might say that Colin Kaepernick has new found credibility due to Nike. Nike's think tank has given Kaepernick the promotional tag-line (in support of their Nike products)... “Believe in Something. Even if it means sacrificing everything.”

I'm trying to take it in stride – not a big deal. I don't really own a lot of Nike products anyway. And said company couldn't care less about the demographic that I inhabit.

“Believe in Something. Even if it means sacrificing everything.”

What exactly has Kaepernick sacrificed? Well, he thinks, as I understand it, that he should be playing football with the big boys – and he's not being picked.  Let's see, he's reportedly worth in excess of $20 million; and has been consistently on the Nike payroll for these many years. So, it's hard to feel real sorry for him. OK, I get it. He'd like to play and feels he can play at the NFL level. Maybe, he could. But, that's how it goes in the workplace. The CEO, the owner, the manager of a company or business can pick whoever they want (as long as there is no discrimination as defined under law – yes I get that part).  But, perhaps, the 'owners' feel Kaepernick would have a negative impact to their bottom line; and besides there is a lot of other good talent available.

Fortunately Colin (and count your many blessings), Nike picked you. And, it's easy money. No broken bones. No scrambled brain. I'm sure there are many in the NFL that would like to be in your shoes (Nike shoes I presume).

Nonetheless, the Nike tag-line is what annoys me. There are so many, particularly our combat vets, police officers, fire fighters, who have sacrificed EVERYTHING (including their arms, their legs, and their lives). What do their families think when they see this blatantly high praise applied to a football player? It is so demeaning, insensitive, even absurd to connect that inappropriate phrase to Kaepernick's imbroglio.

But I really don't blame him (Kaepernick that is). He didn't write the tag-line. So, Colin take the money. Don't feel the least bit guilty. Save some for your retirement. You've won the lottery of life. Good for you. I always try to tell myself that 'life isn't fair.' We see it every day. But, that is life. Right? Colin, just maybe, you were never destined to be in the Professional Football Hall of Fame. You were just destined to be rich. Nothing shabby about that.

No, the ones I fault, for unconscionable behavior, are the Nike executives who put forth this sham tag-line for the sake of making more money – at least that is what they are counting on. The 'ad,' reportedly, plays big-time with the demographic they nurture. And, lots of kids I suppose.

Are you aware that Phil Knight, one of the founders of Nike, is one of the 30 richest people in the world? Did you know that Mark Parker, the current CEO of Nike, earns approximately $47 million a year in salary and other tax sheltered options. How do you make that kind of money selling...? Well, you know what they sell. Do you know who actually made those products; and how much they were paid to make them? And where those laborers reside and how they live day to day? Look it up.

I have some Nike products, not many, but some. I'm not going to burn them – kind of silly. I do plan to put them in a bag and take them to the Salvation Army. Someone, less fortunate than me, might like to have them. I don't particularly want them anymore.

In fact, I've got an idea. Why don't all of you do the same? Kind of a mini, non confrontational protest. Gather up your Nike gear. Take it to the Salvation Army. They can distribute those items to the less fortunate, the 'homeless,' who are everywhere on Portland streets.

Even better, why don't we buy Nike products and give those products to the homeless. This would create two positive outcomes. Portland's 'homeless' population could be nicely outfitted in Nike shoes, shirts, hats, jackets, etc. And, more importantly, Nike's CEO, Mark Parker's income would not be needlessly impacted by some sort of misdirected boycott, or impetuous sell-off of Nike stock. A win, win. Everyone is happy. Well, almost everyone.