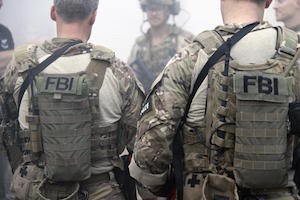 The Federal Bureau of Investigation’s Hostage Rescue Team (HRT) is the focal point, the head of the spear, for the FBI’s Critical Incident Response Group (CIRG).  CIRG was formed after I left the Bureau and I don’t have any first-hand knowledge of its inner-workings.  However, said Group incorporates many different areas of expertise:  hostage negotiations, demolitions, in addition to HRT.

HRT Training is extremely difficult.  The process, a few years back, required potential applicants for HRT training to have at least three years as a ‘street Agent,’ involved in working cases, writing reports, and occasionally being participants in arrest situations.  CIRG had difficulty getting the necessary numbers and applicant quality required for HRT.  Now CIRG has changed (not lowered) the requirement to two years on the ‘street’ as an Agent – and they have begun to recruit military type individuals like Navy SEALS, Army Rangers and other Special Ops veterans.

Which brings me to W. Joseph Astarita, the FBI Agent under indictment.  As far as I know, his background and experience is not known – but we can assume his HRT training has been extensive.

I will get right to the point.  Agent Astarita might have violated some obscure element of the FBI’s ‘rules of engagement’ when he fired his weapon at the car containing Finicum and the others.  But let us remember that the driver of the car (Finicum) was attempting to evade law enforcement and his vehicle was approaching; at a high speed, a roadblock – behind which law enforcement officers were standing.

Question:  Why were law enforcement personnel standing behind a roadblock (consisting of parked vehicles) with a suspect vehicle barreling toward them at a high rate of speed?  Why not stand off to the side?  Or behind a tree?  The video showed one Agent jumping from behind the road block as Finicum’s car appeared to be on course to crash into the road block.  This Agent almost made a fatal mistake in that Finicum decided to plow his automobile through the snow attempting to go around the law enforcement vehicles.  The snow stopped the car, whereupon Finicum jumped out.

Depending where Astarita was standing at the time, he could have well believed that his life or the lives of others were in danger – warranting efforts to stop the car.  Yes, I know there were ‘innocent’ passengers in Finicum vehicle, but that doesn’t change the decision process.

Let’s just say that Astarita, with all of his extensive training, was a little ‘trigger happy.’  I don’t happen to believe that, but let’s consider it for the sake of argument.  And, in shooting, in some way, he had violated an FBI rule.

Did he contribute to the ultimate death of Finicum?  That’s really a stretch, but one could say that Astarita’s shots raised the tension among law enforcement personnel at the scene, which contributed to lethal action - when the OSP officer ultimately shot Finicum.  I don’t buy this, but this concept will undoubtedly be trotted out in the civil suit.

After shots were fired, Astarita picked up his spent cartridges, apparently doubting his personal judgment in firing at the car driven by Finicum - and then attempted to conceal the fact.  This defies common sense – not the picking up of spent cartridges part – he may not have wanted to litter.  (Yes, yes, stated with tongue in cheek.)  But the part where he lied about it.  Why would he do that?

There are a couple of possible answers that come to mind.  Members of HRT are allegedly trained to the point of perceived perfection.  And, consequently I imagine they are inordinately sensitive about their image and reputations.

Astarita might have fired accidentally, which might explain why one bullet missed Finicum’s car completely, and one bullet creased the roof of the car.  If he, in the throes of understandable stress, accidentally pulled the trigger and/or missed the target he intended to hit, he might have been embarrassed enough to attempt to conceal the fact.  The FBI's administration would have subsequently asked:  Why did you fire your weapon?  And, if justified as you say, why did you miss your target after we’ve spent all this time training you?

Or perhaps:  There was a Team Leader with the HRT, presumably not Astarita; and that said team leader told his men not to fire until he gave the word.  Astarita jumped the gun (so to speak), and consequently felt he violated the Team Leader’s orders.

On a HRT, not following directives, would be a bigger offense than an outsider might first think.  Following orders is absolutely imperative to a high-speed organization like HRT.  No free-lancing is allowed under most circumstances.

Astarita’s big mistake, that will undoubtedly cost him his job, is that he lied.  And, furthermore, continued to lie after being placed under ‘oath.’  The FBI has no place for personnel that lie under ‘oath.’  Said individual can no longer testify in court without their credibility being immediately challenged.

If convicted should Astarita be sentenced to jail or prison time?  I don’t think so.  His lie compromised or injured no one other than himself – and he will probably regret his decision for the rest of his life.

What remains unanswerable at this point is whether or not some of the other HRT members also lied to protect Astarita?  I hope not.

To visit my blog and many previous posts on various subjects, go to: