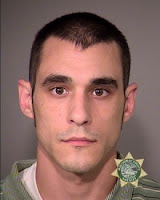 Just me perhaps, maybe I missed it; but the law enforcement handling of a recent situation strikes me as a little odd.  They are unusually quiet.  In view of several high-profile and tragic attacks on schools, we, locally, have Zachariah Peterson who, in an online statement, threatened to go to a local Christian school and “mow down,” “execute” teachers and administrative staff.  The school, located in the Portland Metro area, has not been specifically identified.

Peterson was arrested reportedly by the Oregon State Police and lodged in the Multnomah County Jail.  He has been charged as an x-felon in possession of a gun – as I understand it four guns.  His bail was set at $100,000.  There was some indication, early on, that federal charges were pending; but nothing has materialized.

This arrest occurred September 11th, and with the exception of the initial, somewhat perfunctory reporting of the incident, there has been little or nothing since.  Why?

It makes me wonder what is going on – a significant public interest arrest – and no reported follow up in more than two weeks – no official statements.  What’s up with that?  Was there some problem with the arrest?  Was the arrest and the circumstances misrepresented?  Is Peterson otherwise occupied with a pending psychiatric evaluation?  Has he been released on bail?  Was there some substance to Peterson’s claims of abuse?  Why hasn’t the school been identified?  Why hasn’t the school been called upon to comment?

It seems like local media would be all over this story.  But, I don’t see it.  Strange.